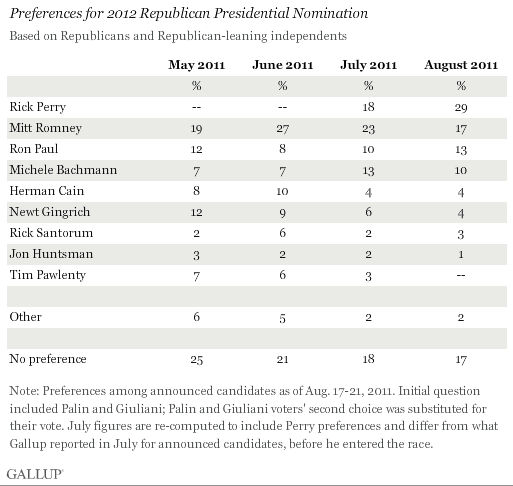 According to a new Gallup poll, shortly after announcing his official candidacy, Texas Gov. Rick Perry has emerged as rank-and-file Republicans’ current favorite for their party’s 2012 presidential nomination.

Twenty-nine percent of Republicans and Republican-leaning independents nationwide say they are most likely to support Perry, with Mitt Romney next, at 17%.

See the chart for results.