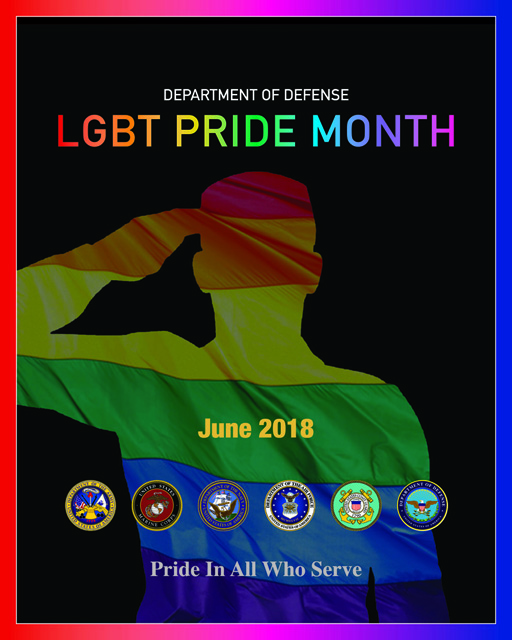 Ever since the misguided ‘Don’t Ask, Don’t Tell’ policy was repealed in 2012, the Pentagon has issued an official memo which served as an official endorsement of Pride Month and effectively encouraged local events.

A former senior Obama administration official, speaking off the record, told The Washington Post, “It makes it known that there’s an authorization, that there’s support.”

But this year, there was no memorandum issued for Pride.

That said, there was an event held at the Pentagon on Monday by DoD Pride, the LGBTQ employee group at the Defense Department. However, unlike previous years no high-level department officials showed up to address the crowd.

According to The Washington Blade, the tension at the DoD event was “palpable” as folks were keenly aware of the elephant in the room – President Trump’s proposed ban on transgender service members.

Even though the policy proposal is held up in four federal courts, LGBTQ military service members are wary.

So, DoD had to create its own poster (see above).

When asked why there was no official declaration this year, Pentagon spokewoman Air Force Maj. Carla Gleason sidestepped the question.

“The Department of Defense supports diversity of all kinds across our military and we encourage everyone to celebrate the diversity of our total force team,” said Gleason. “We value all members of the DOD total force and recognize their immense contributions to the mission.”

This is also the second year that Donald Trump’s White House failed to acknowledge Pride Month.

Another clear sign from the Trump administration that it does not support LGBTQ service members. https://t.co/rW7SJQ5Y7V @OutServeSLDN @RepAnthonyBrown @jefftaylorhuman— NewNowNext (@NewNowNext) June 12, 2018

@PentagonPresSec As a #USMC Vet, I am totally disgusted with Pentagon not recognizing #PrideMonth— Ranger Douglas (@ukitena2) June 12, 2018