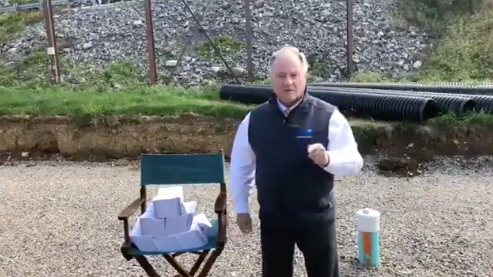 And they say civility is dead. I guess ‘they’ would be right.

Full video of GOP candidate Scott Wagner threatening Gov. Tom Wolf: “You better put a catcher’s mask on your face because I’m going to stomp all over your face with golf spikes.” pic.twitter.com/Whh6TdsOXz

RealClearPolitics‘ average of polls shows the Democrat Wolf a comfortable 16 points ahead of Wagner.

I mean, isn’t a Republican threatening to stomp someone with golf spikes a little on the nose

“I shall then have my valet thrash you soundly”— VeryHiddenGeniusHat (@Popehat) October 12, 2018