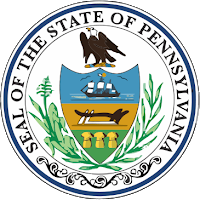 In a brief filed by the Corbett administration Wednesday, state attorneys said marriage licenses issued to same-sex couples were never valid, and compared gay and lesbian couples to “12-year-olds” who are also barred from marrying under state law.

The state Department of Health and Montgomery County Register of Wills D. Bruce Hanes will appear in Commonwealth Court next Wednesday to argue the case.

Since July 24, Hanes has issued 154 marriage licenses to gay and lesbian couples.

Thirty-two of the couples have petitioned to intervene in the case, arguing that a ruling against Hanes could also invalidate their marriages.

The state filed a brief Wednesday opposing the couples’ participation, saying the marriage licenses hold no “actual value or legitimacy” and thus have no right to be defended in court. “Had the clerk issued marriage licenses to 12-year-olds in violation of state law, would anyone seriously contend that each 12-year-old … is entitled to a hearing on the validity of his ‘license’?” the state wrote.

If the couples wish to defend their “purported marriage licenses,” the state wrote, they should file their own lawsuit or wait for the outcome of a federal challenge to Pennsylvania’s marriage law.