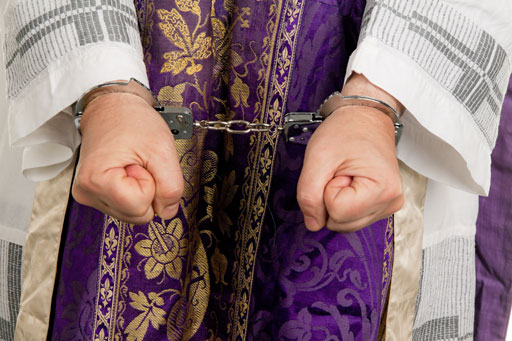 In the week since the release of a damning grand jury report asserting Roman Catholic Church officials worked to protect hundreds of priests accused of sexual misconduct, calls to a clergy abuse hotline in Pennsylvania have surged.

Josh Grace, a spokesman for Pennsylvania Attorney General Josh Shapiro, told USA Today that that the hotline has received over 300 new calls since the release of the report.

Grace added, “We’re answering every call and following up every lead.”

According to the grand jury report, which included claims of abuse stretching back 60 years, over 1,000 abuse victims were discouraged from reporting claims of abuse to prosecutors in an effort to shield hundreds of priests.

AG Shapiro tweeted recently that the investigation was “active and ongoing,” and would not end with the grand jury report.

Calls are surging to our special Clergy Abuse Hotline since the Grand Jury Report was released Tuesday.

We have trained, dedicated Agents on the line to listen to survivors and help.

This is an active and ongoing investigation.

The grand jury report, the result of a two year investigation, was presented to the press last Wednesday by AG Shapiro who deemed the report an “honest and comprehensive accounting of widespread sexual abuse.”

According to the report, the alleged abuses stretched across the Keystone state from the dioceses of Allentown, Erie, Greensburg, Harrisburg, Pittsburgh and Scranton. Those dioceses regularly minister to more than 1.7 million Catholics.

Despite the statute of limitations, two priests have now been charged with sexually abusing children. One of the priests admitted to misconduct with a 10-year-old boy more than 20 years ago.

The Vatican has since condemned the alleged abuses detailed in the report on as “criminal and morally reprehensible.”

“Those acts were betrayals of trust that robbed survivors of their dignity and faith,” said spokesman Greg Burke in a statement for the Vatican. “The church must learn hard lessons from its past, and there should be accountability for both abusers and those who permitted abuse to occur.”