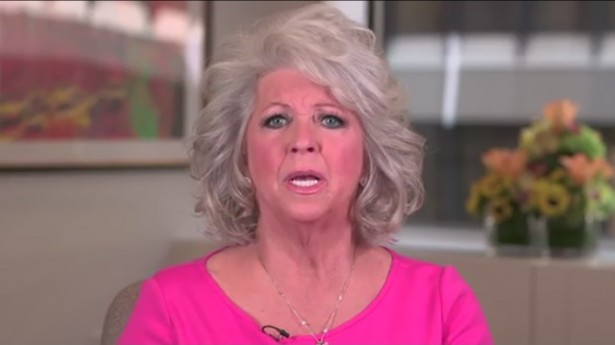 Paula Deen has released a brief video statement regarding the recent news that she used the “N-word” and reminisced about plantation images of black people serving white guests.

Alyssa Rosenberg at Think Progress has an interesting take on the Deen debacle:

“What was striking both about some of the accusations she faced, and her sworn testimony in the deposition, was that Deen seemed more afraid of getting caught out being racist or being accused of having caused offense than of the idea that she might have caused someone else pain. To indulge in a bit of Southern nostalgia myself (though from the perspective of a character who saw the South for the hypocritical slave economy that it was), Deen is engaging in the same sort of self-justifying behavior Rhett Butler saw in Scarlett O’Hara in Gone With The Wind: “You’re like the thief who isn’t the least bit sorry he stole, but is terribly, terribly sorry he’s going to jail.”

I appreciate the apology, but does she seem a bit discombobulated here? She does TV, so I’m surprised this kind of “rough” edit is what she’d release…

Am I wrong? Thoughts?

UPDATE: This is getting stranger and stranger.  Now the video is removed from view.  Kind of erratic behavior I think. However, Raw Story has mirrored the video. See below.