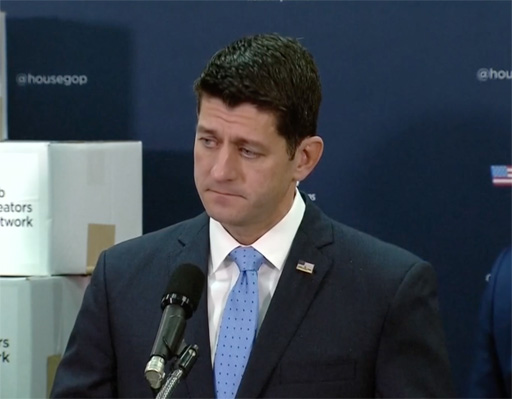 Republican leaders have made it clear they are done with Alabama Republican Roy Moore.

First, it was Senate Majority leader Mitch McConnell who dropped the “if true” phrase from his denunciations of Moore.

And then this morning, in the aftermath of a fifth woman coming forward with allegations of sexual impropriety regarding Moore, Speaker of the House Paul Ryan definitively told reporters Moore should stand down as the GOP nominee for U.S. Senate in Alabama.

“He should step aside,” Ryan said during the press conference. “Number one, these allegations are credible. Number two, if he cares about the values and people that he claims to care about, then he should step aside.”