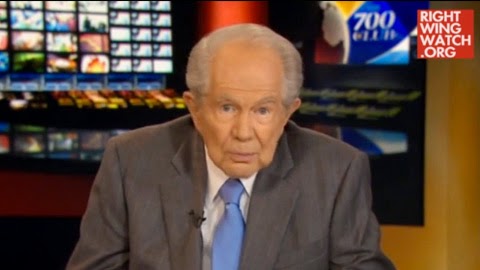 It’s one thing to want to persuade somebody to believe like you do, that’s what Christianity is about, to bring the Gospel message and say this is good news and we’d like you to accept it. It’s something else to take the arm of the government to force somebody to do something that is against, contrary to their religion, and that’s what these homosexuals are trying to do. They are trying to force people who are Christians to marry them or else face jail, to make cakes honoring them or else go to jail and give their sermons over and divulge their innermost thoughts or go to jail, that’s the kind of thing we’re dealing with.

These people are terrorists, they’re radicals and they’re extremists. No Christian in his right mind would ever try to enforce somebody against their belief or else suffer jail. They did that during the Inquisition, it was horrible, it was a black mark on our history, but it isn’t being done now. There’s no Christian group I know of anywhere in the world that would force somebody to do something contrary to their deep-held religious beliefs or else face criminal penalties, but that’s what the homosexuals are trying to do here in America and I think it’s time pastors stand up and fight this monstrous thing.

If the gays want to go out and do their gay sex, that’s one thing, but if they want you to force you to accept it and solemnify it by marriage then that’s a different matter and it’s an infringement on people’s religious belief. What’s being done in Houston is a gay—the woman they elected is a homosexual, she’s a lesbian, and she’s trying to force pastors to conform to her beliefs. It’s wrong.

This is just more hyperbole by the extreme right wing to convince folks “the sky is falling.”