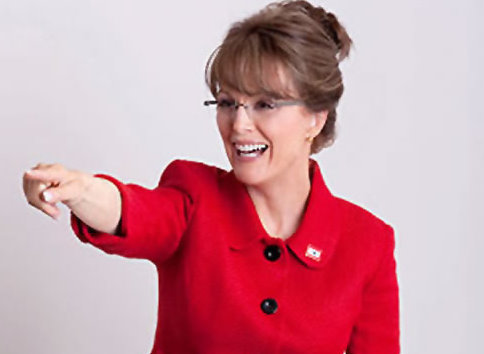 At least one person appears to be having a big old laugh over Katie Couric’s long-anticipated announcement that she will leave the “CBS Evening News” come June. That would be former half-term governor of Alaska, Sarah Palin, who during her failed 2008 vice presidential candidacy famously fumbled an interview with the anchor.

Couric recently spoke of her future career plans: “I am looking at a format that will allow me to engage in more multi-dimensional storytelling,” referring to the syndicated daytime show she plans on launching in 2012.

In case you missed Couric’s cringe-inducing, one-on-one chat with Palin the first time around, you can watch it above.

By the way, just released is a photo of Oscar nominee Julianne Moore as the half-term governor for her upcoming role in the HBO film about the 2008 campaign.