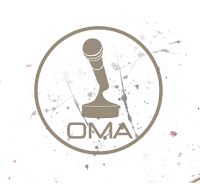 From the AP: Things are looking up for OUTMUSIC: Its seventh annual awards ceremony next week, honoring artists from the lesbian, gay, bisexual and transgender community, will be at its largest venue to date and has drawn big sponsors including Live Nation. But the group’s chairwoman and CEO said there’s more work to be done.

When it comes to mainstream music, “artists are often persuaded to pretend to be straight to get the best opportunity,” said OUTMUSIC chief Diedra Meredith.

Under her stage name, Deepa Soul, she herself was told “to essentially stay in the closet” when signing a recording contract.

Chely Wright, a former country music star who’s to be honored at Monday’s awards show at Irving Plaza, announced last year that she was gay. Wright was ostracized; radio stations stop playing her songs, and she was made to feel like an outsider in the industry.

Wright said it was as almost as if she didn’t exist.

Though she wasn’t thrown out of the Academy of Country Music or had any Country Music Television appearances canceled, she said “I haven’t gotten any invites, either.”

Wright said she knew of the possible consequences when she came out but was still confused by the ordeal because she was the same performer who had enjoyed a successful career since 1994.

At one time, Wright was one of country music’s darlings. She was romantically involved with country star Brad Paisley, whom she credits as one of her two main loves before coming out.

Immediately after her announcement, Wright says OUTMUSIC embraced her and made her feel like she was part of a community again. Now she’s touring in support of her 2010 release, “Lifted Off the Ground.”

Wright is to be given the organization’s Vanguard Award, bestowed on an individual who leads the LGBT community. Cyndi Lauper will be honored as the organization’s person of the year. Jonathon D. Lovitz, host of the Logo series “Setup Squad,” is one of the evening’s presenters. He expects to have some fun with the crowd.

Ray Boltz leads nominees with four nods, including album of the year for “True.” Deepa Soul, Jason Walker and Christine Martucci are scheduled to perform. The show will be broadcast on the Logo Network at a later date.