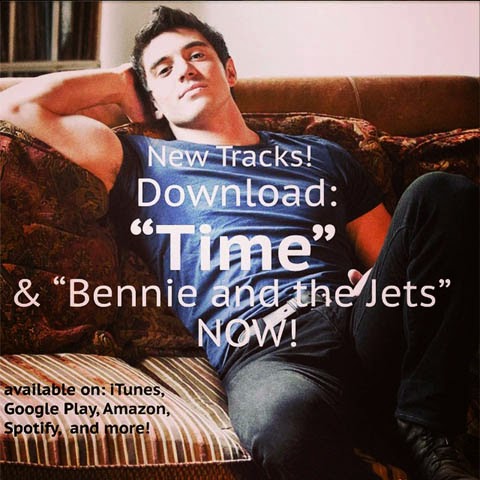 Out singer/songwriter and shirtless hottie Steve Grand has released two new singles: “Time” (from his upcoming album) and a cover of the Elton John classic “Bennie and the Jets” which Grand says was just for fun.

After a spectacular crowd sourcing campaign on Kickstarter (started with $81K goal, went on to raise over $320,000!!!), some fans had been getting antsy about no new music since the funding closed on March 30th and he had initially announced delivery of the album around July 2014.

Here’s hoping this calms the fans until the full album comes out some time next year.

Late this past summer, Grand also treated his fans to a naked lake dip video for the popular ALS Ice Bucket challenge 🙂

You’ll recall Grand became a hot poster boy for out musicians in July of 2013 with his terrific (shirtless) debut music video “All-American Boy.”

Hit the links above to listen and buy 🙂