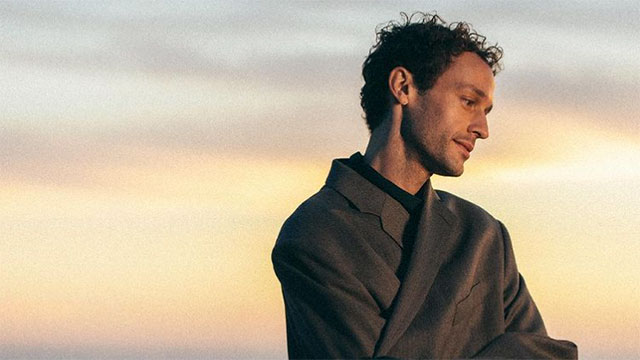 The much-anticipated debut full-length album from Wrabel, ‘these words are all for you’, will be released on September 24 via Big Gay Records/Nettwerk, ushering into the world the next chapter from one of modern music’s most celebrated, versatile, powerhouse songwriters and rising artists.

The collection, 11 years in the making,  showcases the artist’s masterful writing and acclaimed straight-from-the-heart vocal performances.

Whether it’s on tracks like the Billboard-applauded “good”, the beautifully orchestrated “wish you well,” the achingly reminiscent and sonically vast “london,” the hauntingly sparse “don’t pick up the phone” or the new single “nothing but the love,” ‘these words are all for you’ showcases what has made Wrabel a go-to for heart-shattering slice-of-life songwriting about finding love, losing it, and discovering oneself throughout the journey.

Dancer Layne Paradis Willis whirls and twirls in the music video for “nothing but the love” directed by Michael Thomas.

“Michael Thomas was such a pleasure to work with on this video.,” says the singer about creating the video. “And Layne Willis, my goodness. I feel so lucky to have gotten to witness your incredible talent up close.”

“This song is so close to my heart. The only song I wrote by myself on the record. With Michael’s direction and Layne’s emotive movement, we wanted to show that someone or something is showing me how to express myself, showing me the flow of expression. To mirror the love I am so grateful to have found.”

Wrabel has announced a short, intimate run of live dates,  nothing but the piano tour, which includes a stop at NYC’s Le Poisson Rouge and an album release show at LA’s The Regent Theater this late summer/early fall.

Wrabel will also perform this Sunday, June 6, at the Los Angeles Memorial Coliseum as part of the OutLoud: Raising Voices festival.