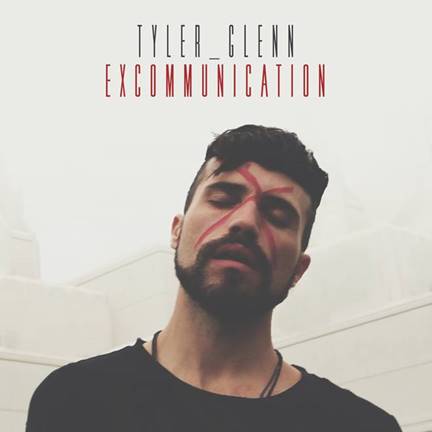 Tyler Glenn, out frontman for multi-platinum band Neon Trees, shares the new track “Gates,” from his upcoming solo debut, EXCOMMUNICATION which is out on Oct 21st via Island Records.

The album boldly details a journey that’s deeply personal yet universal and issues a stirring call to find and fearlessly embrace one’s place in the world.

Glenn is the lead vocalist/keyboardist for Neon Trees. Known for such multi-platinum hits as “Animal” and “Everybody Talks,” the band has released three albums including 2014’s Pop Psychology (Island Records), which debuted at No. 6 on The Billboard 200.

Raised as a Mormon, Glenn came out as gay in a 2014 interview with Rolling Stone and remained steadfast in his faith until last fall, when the Church of Jesus Christ of Latter-day Saints (LDS) announced a new policy identifying those in a same-sex marriage as apostates and prohibiting their children from being blessed or baptized. The announcement threw Glenn – and many others – into a tailspin.

“This album is a break up record,” says Tyler Glenn. “It’s been liberating to find a greater sense of purpose, but it’s not been without its sadness. I wanted this album to feel the way it feels to have a crisis of faith. The highs, the lows, the dark and the light – with the end result being a paradigm shift. I feel liberated and more creative than ever. I thank God for that, whoever she is.”

You can also view Glenn’s new video for Shameless here.