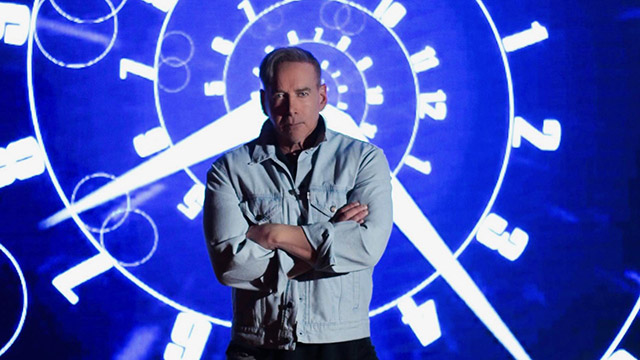 Out singer/songwriter Michael Fairman claps back at folks who might think he missed his chance at attaining his music dreams with his latest single, “Better Late Than Never.”

Written and produced by Fairman and Kyle Mangels, “Better Late Than Never” catches the ear with the classic feel of R&B harmonies but lives in a very current, modern pop soundscape.

The song’s message is simple and universal: if you believe, you can achieve. “If you want something bad enough, isn’t it worth trying for it rather than forever wondering, ‘what if’?” Fairman asks.

Check out this teaser video for “Better Late Than Never.”

“Better Late Than Never” builds on Fairman’s previous releases – “Thing About Me” “Can’t Let You Go” and “Other Side” – three songs about the seemingly insurmountable challenges faced by the underdog, whether at love or in life.

“As a man in mid-life trying to get my music heard, I know about climbing mountains,” says Fairman. “I am told multiple times a week that this is a pipe dream, but I don’t let it stop me. I’m proud to be representing boomers.”

“It may have taken me an extra thirty years than it did Shawn Mendes to get to this point, but my life experience makes me more confident now in my craft as a singer-songwriter.”

Fairman recognized his passion for music early in life releasing his first recordings through a small label in Chicago as a teen. Once he graduated high school, he moved to Los Angeles and then to New York to pursue his career as a recording artist.

His story is a familiar one: he formed a band, played out in clubs, invited record label execs, but…they seldom came. Eventually, finances dictated he hit pause on music and returned to Los Angeles where he launched a successful career in entertainment journalism and TV production.

Today, Fairman is the founder and editor of the popular daytime soaps channel https://michaelfairmantv.com

“The time wasn’t right, but that doesn’t mean I can’t try again,” Fairman reflects. “Back then, artists were at the mercy of someone seeing them live in order to land that major label deal. In today’s digital age, artists can put out their music for the world to hear and decide if it fits their musical tastebuds.”