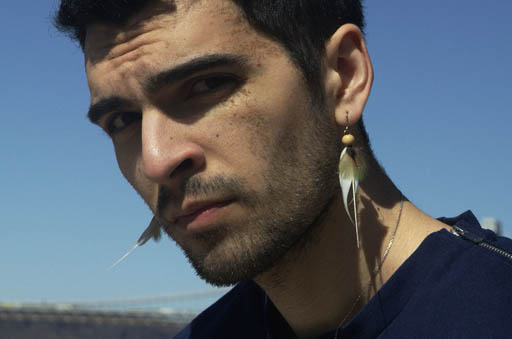 As he was recovering from a life-shaking breakup, out singer/songwriter Kisos penned (in real time) his upcoming EP, sweet nothings, featuring one track for each of the 5 stages of grief.

The lead single, “Happily Ever After,” is a bouncy electro-pop bop with the handsome artist deep in denial, using delusion as poisoned motivation to better himself and survive the pain of seeing his ex with someone new.

In an interview with Billboard, Kisos revealed that many of the sets and props for his new video are the actual locations of his heartbreak. The bed in the video, for example, belongs to a different ex-boyfriend (and now friend) of his, where he spent days dealing with the breakup the song talks about. “It’s also where I literally/figuratively beat myself up over the ex after him, running to John (his friend and former boyfriend) for comfort when I couldn’t sleep alone,” he says

Making the video as authentic as possible was important to the singer; he says that he used real objects from his life as props in order to create a relatable experience for his audience. “I’m not kidding when I say I wanted to make the most honest visual, even if it’s embarrassing!” he says. “I’ll show the vulnerable parts of myself if it helps others feel less alone or ashamed.”

Hit the play button below and enjoy! “Happily Ever After” is available now – click here.