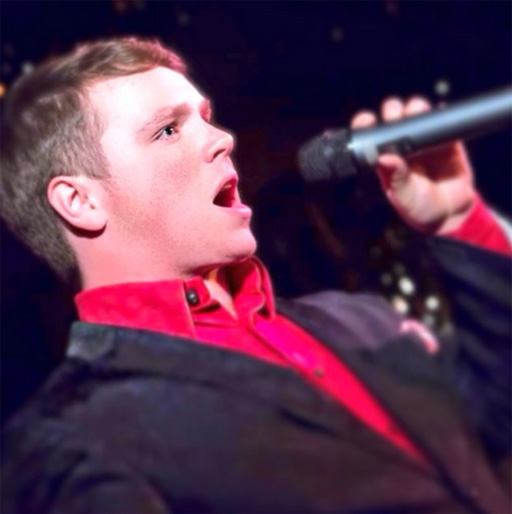 Jonathan Allen, openly gay semifinalist from Season 8 of “America’s Got Talent” Season 8, has released his first single since his appearances on AGT, “Amen.”

During his initial audition for AGT, Allen shared that he was thrown out of his house at the age of 18 when his parents told him being gay was “sinful” and that living openly as a gay man meant he would have to leave. The resulting eviction left him homeless.

He made it to the semi-finals of AGT during the summer of 2013 with powerful yet emotionally vulnerable performances of pop/classical crossover material (“Time To Say Goodbye”) and stirring Broadway ballads  (“The Impossible Dream,” “Bring Him Home”).

For the last year, Jonathan has based himself out of Albuquerque, NM where he has established his business and worked on his music. Since his appearance on the show he has matured in his musical endeavors. Combined with strikingly original music and euphoric live performances; he has become recognized as one of the most captivating artists around.

“AMEN was primarily arranged and produced in my home and speaks to the many trials and tribulations that we all face, but is an LGBT liberation song at its heart, said Allen.

“The song touches on several issues that surround the community in day-to-day life, and in the political realm. The song attempts to chip away at many issues by starting a dialogue that shows people we all can believe the same things, deal with the same things, and be torn apart by the very same things that should bring us together,” continued Allen.

“Despite the title, AMEN is a song that transcends any one belief system. It is not so much about Christianity as it is about breaking free from hatred and celebrating love on this Earth in the highest form possible,” concluded Allen.

Allen’s already impressive voice sounds even more reassured since his AGT days. The slightly religious bent isn’t my thing, but there’s no denying the power and depth of his voice.

You can listen to “Amen” below, along with his impressive debut on AGT.

Find the track on iTunes here.