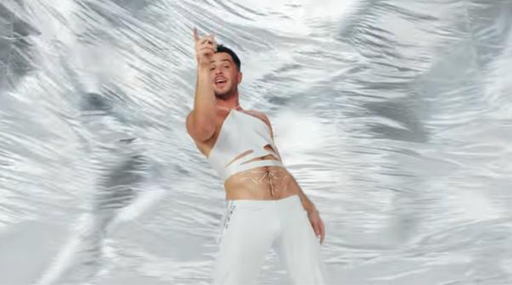 In a gay world where hyper-masculinity is often revered, singer/songwriter/director John Duff has drops his first pop creation celebrating femininity and fluidity – “Girly.”

Rejecting what he calls toxic masculinity, Duff’s mission here is to promote honest and genuine self expression.

“You could have your pump on – two plates. Or get your pumps on – first date. No one cares just pump the bass, full speed ahead don’t pump the breaks.”

Duff says he has been told in the past he “would do better in the industry by playing up my masculinity.”

Duff found that approach to be insulting not only to his creativity but who he is in general. Instead, he decided to throw down his girly gauntlet.

“Being girly, or being a girl for that matter, is nothing to be ashamed of. The video was created from those same frustrations. While paying homage to some of my greatest female influences, I wanted to highlight the sexualization of female performers and how absurd it looks to simply replace the ingenue with a hairy man.”

And speaking of ‘throwing down,’ the music video features a hysterical bathroom brawl between Duff and Bianca Del Rio.

The adorbs Duff recently told OUT, “I wanna say it was 7am. We’d been filming since midnight the night before. We were completely on edge, falling apart. He and I started boozing. So, we were a little tipsy filming it. We had a blast. We always cackle.”

Duff also wanted to bring some fun back to pop music.

“I feel like in music, we’re missing some joy,” Duff also shared with OUT. “I don’t see pop stars presenting fun. I see dark, sexual, honestly evil energy coming out of most popular music.”

There’s no denying “Girly” is packed full of fun. Not only does the track have a catchy hook, but Duff is uber-adorbs.

Plus, alongside his Drag Race guest-stars, the whole cast presents as a rainbow of diversity.

Check out a couple of Duff’s Instagram tributes to his pop divas below.