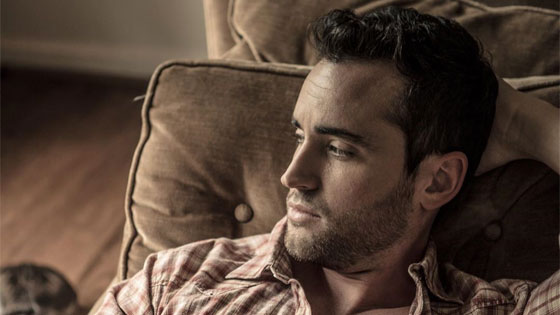 After making a splash with his oh-so-romantical music video, “Dancing In The Living Room,” out country singer Cameron Hawthorn’s follow-up single takes the action from a living room two-step to busting a move in a barroom line dance.

“After you’ve had that late-night dance in the living room, ‘Oh Hot Damn!’ is how you end your night,” Cameron told The Country Note. “I’m newly single, and I wrote ‘Oh Hot Damn!’ after sparking up a flame with a special guy. When the chemistry you have with someone is undeniable, you have to acknowledge it – with an exclamation mark.”

The music video for “Oh Hot Damn!” finds Hawthorn in a playful mood as he wanders into a country bar and immediately sets his sights on a blond country hottie (Ben Bigler) who’s snack AF tearing up the dance floor.

Cameron initially tries to play it cool, but sometimes you’ve got to carpe diem.

“To be frank, it’s the first song I wrote about sex,” Hawthorn shared with HuffPost. “I was thinking about line dancing and how people — when they go to line dance, they own it, you know? They don’t care what anybody thinks. So it’s about being turned on by somebody and finding the freedom to express it.”

In the video, Hawthorn finally jumps on the dance floor, and like Dorothy finding Oz, his world (dancing next to the blond hottie) gains that much more color and life.

Hawthorn’s “Oh Hot Damn!” is now available on all digital download and streaming platforms. Check out the sexy video below.

Prior to the release of “Dancing in the Living Room,” the handsome crooner had spent time on the west coast recording music for television and film projects.

But the romantic “Living Room” video prompted coverage from all sorts of mainstream media including People, The Advocate, and the usually straight-as-an-arrow country music network CMT.

It seems living an authentic life can have its rewards.

“I’d been doing music for a while and I wasn’t out,” he shared with HuffPost. “People were saying, ‘Who is Cameron Hawthorn? What do you want to say as an artist?’ And I knew what I wanted to say, but I was scared to say it. I sat on [the video] for so long, and I thought a lot about whether I wanted [my sexuality] to be a part of my story. But I’m inspired by other artists who are true to who they are, so I saw it as my chance to go out there on a limb and just do it with no regrets.”