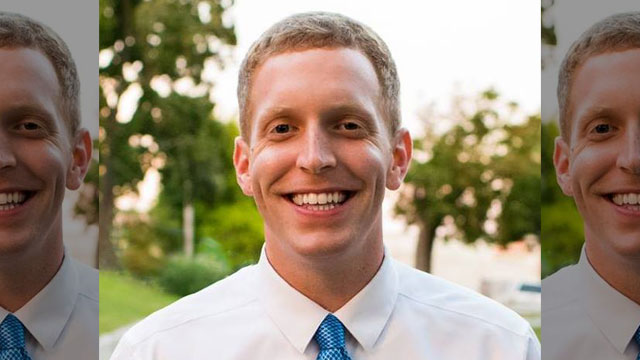 Alex Morse, an openly gay mayor in Massachusetts, has issued a statement acknowledging he’s had “consensual adult relationships, including some with college students” and “apologized to anyone I have made feel uncomfortable.”

Morse became the youngest mayor in the history of Holyoke when he was elected to office in 2011 at the age of 22. Currently in his fourth term, the 31-year-old is running to unseat longtime Democratic Congressman Richard Neal (D-Springfield) in the state’s primary on September 1.

He reportedly has the support of progressive groups like the Working Families Party, Justice Democrats, and former Democratic presidential candidate Andrew Yang.

Morse’s statement comes in response to three Democratic college groups who emailed him on Thursday saying he was “no longer welcome” at their events.

“It is no longer appropriate to encourage interaction between College Democrats and Alex Morse,” read the email which was obtained by the Massachusetts Daily Collegian.

The groups allege Morse had inappropriate relationships with college students while not only being an elected official but also lecturing at UMass Amherst. The mayor taught a political science course at UMass between 2014 and fall 2019.

According to the email, he matched with students on dating apps like Grindr and Tinder. It’s not known if any of those ‘matches’ were students who Morse taught.

“We have heard ​countless​ stories of Morse adding students to his ‘Close Friends Story’ and Direct Messaging members of College Democrats on Instagram in a way that makes these students feel pressured to respond due to his status,” the letter read.

“Even if these scenarios are mutually consensual, the pattern of Morse using his platform and taking advantage of his position of power for romantic or sexual gain, specifically toward young students, is unacceptable.”

Morse responded saying he wanted “to sincerely apologize to anyone I have made feel uncomfortable” and offered to meet with “any person or group” to discuss their concerns.

“I want to be clear that every relationship I’ve had has been consensual,” he added. “However, I also recognize that I have to be cognizant of my position of power.”

“Growing up gay and closeted in a small city like Holyoke, I struggled with accepting my sexuality, and in high school, I had a hard time finding other openly gay students,” Morse said. “As I’ve become more comfortable with myself and my sexuality, like any young, single, openly gay man, I have had consensual adult relationships, including some with college students.”

He continued, “Navigating life as both a young gay man and an elected official can be difficult, but that doesn’t excuse poor judgment.”

“The school also said it planned to launch ‘an immediate review of the matter to determine whether the alleged actions during his time as a university lecturer were in violation of university policy or federal Title IX law.'”

Holyoke City Councilor Linda Vacon has called for Morse to resign as mayor in light of the allegations, but other councilors on the 13-member board said they need to learn more before drawing.

Here’s my question, though: If none of the mayor’s ‘matches’ were with any of his own students, and if everything was of legal age and consensual – what is the issue? A late-20s gay guy meeting up with early 20s gay guys?