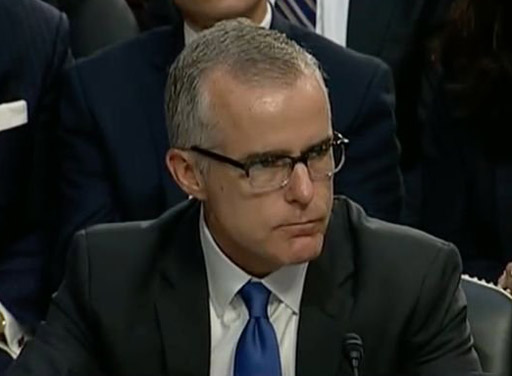 Pocan tweeted his offer as a response to NBC’s Andrea Mitchell, who said the former FBI official might still be able to receive his pension if he’s hired by a member of Congress.

“Andrew call me. I could use a good two-day report on the biggest crime families in Washington, D.C.,” Pocan tweeted.

One suggestion from a McCabe supporter: if a friendly member of Congress hired him for a week he could possibly qualify for pension benefits by extending his service the extra days

Andrew call me. I could use a good two-day report on the biggest crime families in Washington, D.C. https://t.co/DYVP00Em0x

In related McCabe news, multiple sources say McCabe kept contemporaneous notes from every meeting he had with Trump, just like his former boss James Comey did.

News: Just like James Comey, fired FBI Deputy Director McCabe took contemporaneous notes documenting his conversations with the President and others. A source with knowledge of what McCabe has just told me there is other documentation as well (unclear what that is).

Additionally, McCabe has apparently lawyered up having hired Michael Bromwich who served as the DOJ’s Inspector General for six years.

Bromwich issued this statement which, among other things, calls out Donald Trump’s “drive-by Twitter attacks” on McCabe. 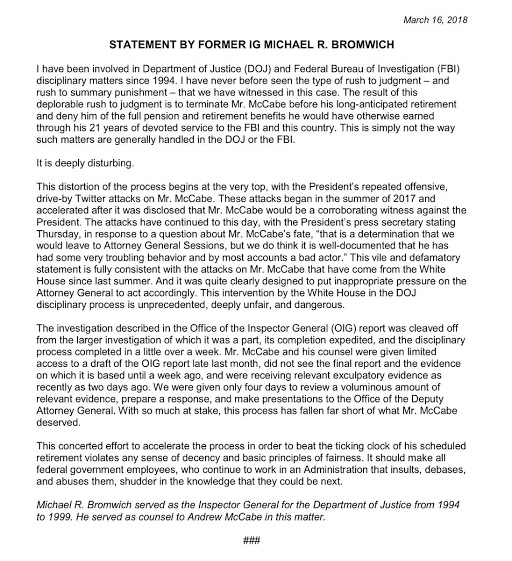