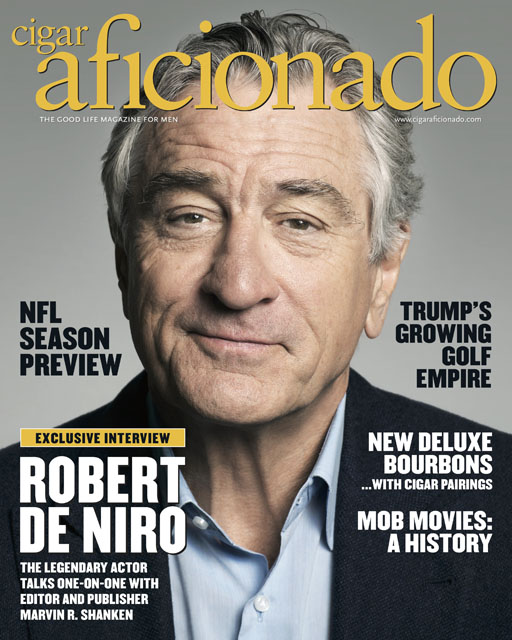 A few quotes from the ranging interview:

• Taking the role of Vito Corleone: Getting the part changed my career, or revved it up, if you will. Then winning the Academy Award [for Best Supporting Actor], you’re kind of guaranteed that you’re going to work again as an actor.

· Working with Martin Scorsese: Ask any actors who work with him. They love Marty because he’s very easy, he goes with your ideas, he’s very, very flexible, and takes whatever he can from every actor. Yet he’s very clear as a director, and guides it, the piece, in the direction he feels he should. He gives you a lot of support. I think that we were just lucky to work together all those times…It was always a joy.

· Reaction to NOT being cast for “Boardwalk Empire” on HBO, produced by Martin Scorsese: Marty didn’t ask me, but that’s fine.

· Moving into comedy: I didn’t worry about that too much. After Analyze This, Jay Roach asked me if I wanted to do Meet the Parents. I liked Jay a lot, so that’s how it started.

· Actors who have influenced him: Brando’s great actor, I always mention him, James Dean, Montgomery Clift as the three that I was affected by.

· Who he wants to work with next: I’d like to do something with Leonardo DiCaprio