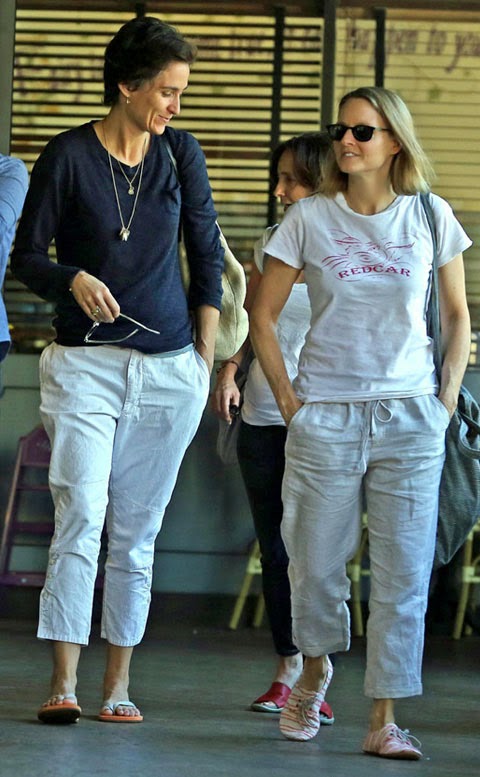 E! Online is reporting that Oscar winner Jodie Foster and her photographer girlfriend, Alexandra Hedison, got married this past weekend.

A spokesperson for Foster confirms the happy news.

Internet chatter about the two began in the summer when the two were photographed together at a technology seminar at Fox Studios in Los Angeles and out to dinner with friends a few days later.

Hedison, who dated Ellen DeGeneres for about three years before things ended in 2004, has had her photography shown in New York and Los Angeles. She also has several acting credits, including playing Dylan Moreland on Showtime’s hit lesbian drama series, The L Word, for three seasons.

In accepting the Cecil B. DeMille Lifetime Achievement Award at the Golden Globes last year, Foster thanked her ex Cydney Bernard, spoke of her need for privacy and also declared that she did her “coming out a thousands years ago, in the Stone Age.”