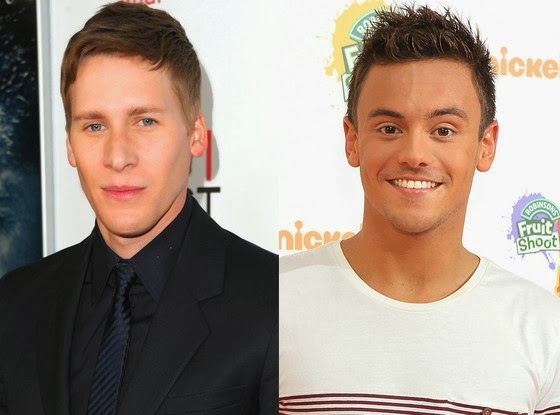 UK Olympic diver Tom Daley made a splash when he recently came out and shared the news he was dating a man.

The question for many was – “who is the lucky guy?”

According to E! News “the lucky guy” 19 year old Daley has been dating is Dustin Lance Black, the 39-year-old writer who won an Academy Award for his screenplay for Milk, the 2008 biopic about gay rights activist legend Harvey Milk.

As recently as October, the two had been seen in Los Angeles having coffee.

The British tabloid The Sun ran this on their cover: 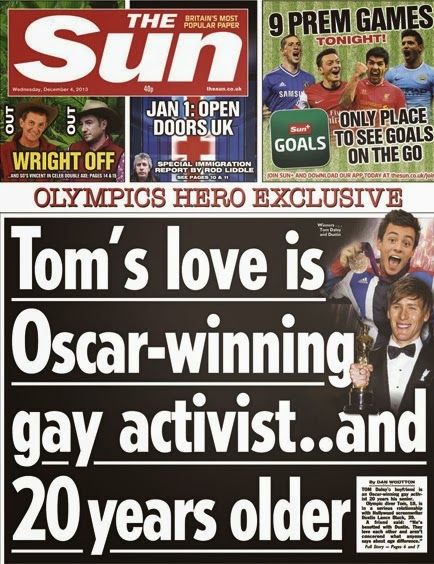