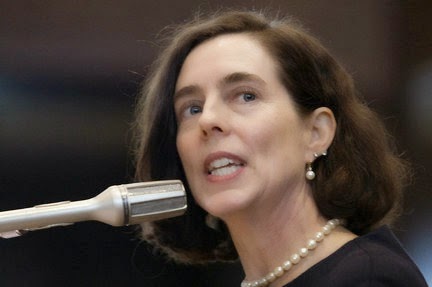 Oregon Governor John Kitzhaber’s almost four-decade political career fell apart Friday, as he heeded calls from fellow Democrats to resign after a scandal involving his fiancee’s use of his office to generate business for her energy-consulting firm.

Kitzhaber, a 67-year-old re-elected to a fourth term in November, announced his departure in a news release.

Secretary of State Kate Brown, also a Democrat, will assume the office until 2016.

Married to a man, but openly bisexual, this would make Borwn the first-ever openly LGBT governor.