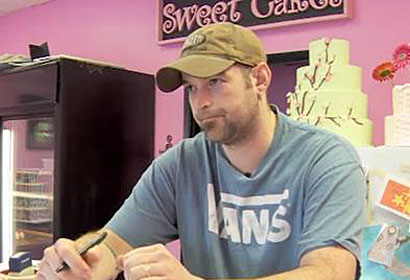 Sweet Cakes by Melissa, a bakery in Gresham, Oregon, has been fined $135,000 in a decision by an administrative law judge for the Oregon Bureau of Labor and Industries.

Judge Alan McCullough issued his proposed fines today. The amount is not final, however. The State Labor Commissioner will have final say on the fine amount.

The controversy began in January 2013 when Aaron Klein turned away Rachel Bowman-Cryer and her mother at a cake-tasting appointment they had set up with Melissa Klein. Melissa Klein was not at the shop that day.

In August 2013, the women complained to BOLI. The agency conducted an investigation and in January 2014 brought charges that the Kleins had unlawfully discriminated against the couple because of their sexual orientation.

In a statement Friday, BOLI said: “The facts of this case clearly demonstrate that the Kleins unlawfully discriminated against the Complainants. Under Oregon law, businesses cannot discriminate or refuse service based on sexual orientation, just as they cannot turn customers away because of race, sex, disability, age or religion. Our agency is committed to fair and thorough enforcement of Oregon civil rights laws, including the Equality Act of 2007.”

The Kleins have already set up a GoFundMe campaign to raise money to pay the fine. Over 12,000 was raise in less than three hours.