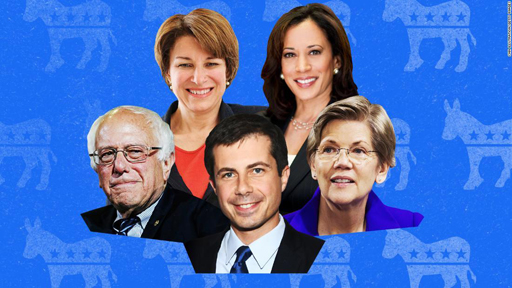 Good stuff from everyone, they all had strong moments at times.

While I appreciate the moderate lane Klobuchar has staked out for herself, it came across a bit timid and noncommittal in some of her answers. I’ll admit that a lot of issues can’t be truly addressed in a couple of minutes on a stage, but she was notably more cautious than her fellow candidates.

I really like Kamala Harris. She’s clear about what she stands for, and she has a strong decisive energy about her.

When asked about impeachment proceedings for Donald Trump, she said Congress should take steps towards impeachment but added Democrats must be “realistic about what might be the end result.”

One of Harris’ best moments came when she was asked about the issue of gun violence in the country and what she would do about it. Here’s what she said:

Sen. Kamala Harris says if she is elected President, she will give Congress 100 days “to get their act together and have the courage to pass reasonable gun safety laws, and if they fail to do it, then I will take executive action” https://t.co/KFdn5Viqm1 pic.twitter.com/jVZvDjmVZR

I have to say I almost became emotional as Mayor Pete took to the stage. As a gay man, to see this 37-year-old mayor take to the stage as a real player and handle himself so well was uplifting and energizing.

Mayor Pete had one of the biggest moments of the night when he was asked about the back and forth he’s had with Vice President Pence, and a comment made by Trump ally and homocon Richard Grennell, the current ambassador to Germany.

Buttigieg’s response: “I’m not a master fisherman, but I know bait when I see and I’m not going to take it.” And the crowd went wild.

Mayor Pete Buttigieg on dig from Trump official: I know bait when I see it

Buttigieg refused to engage when asked about a Trump admin. official who accused him of pushing a “hate hoax” during his back-and-forth with VP Mike Pence https://t.co/qDjMO1a1Fn #ButtigiegTownHall pic.twitter.com/wggYBDARTk

A new talking point emerged throughout the night after Sen. Sanders said even the Boston bomber deserved to be able to vote. Sen. Harris concurred saying, “We should have that conversation.”

But Buttigieg was clear and concise in his opinion that prisoners should not be allowed to vote. “While incarcerated? No, I don’t think so,” the South Bend mayor said.

Mayor Buttigieg says he disagrees with Sen. Sanders on felons’ right to vote: “Part of the punishment when you’re convicted of a crime and you’re incarcerated is you lose certain rights … I think during that period it does not make sense to have an exception” #ButtigiegTownHall pic.twitter.com/0ddBR97Wcv

CNN has recapped each of the candidate’s hour-long turns onstage.

A few more moments from the night:

Sen. Bernie Sanders says the right to vote should be extended “even for terrible people” https://t.co/M3U37R21GK #SandersTownHall pic.twitter.com/5wmhSdvrRj

Sen. Bernie Sanders: “I don’t think anybody seriously believes that because I wrote a best-selling book and made money, that I’ve changed my views and you’ll now hear me saying, ‘Gee, maybe we want to give tax breaks to millionaires'” https://t.co/5rjsvHJlbN #SandersTownHall pic.twitter.com/zQlazSaX2c

Sen. Elizabeth Warren explains how she’ll pay for her new student debt cancellation and free college plan, saying billionaires will have to “pay something back so everybody else gets a chance.” https://t.co/r8SoPsq3Vp #WarrenTownHall pic.twitter.com/qSd96d4GQ0

“I announced my candidacy in the middle of a blizzard, and he made fun of me for talking about climate change — by the way, happy #EarthDay…I said, ‘Hey Donald Trump, the science is on my side.'” -Sen. Amy Klobuchar on controlling the message when facing Trump #KlobucharTownHall pic.twitter.com/4CZiL2mGFQ 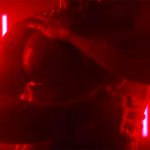 New Music: Parker Matthews Proves Nobody Is "Running From Me" 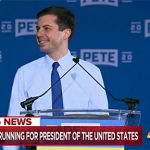 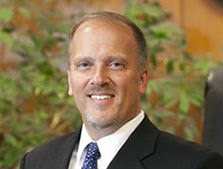 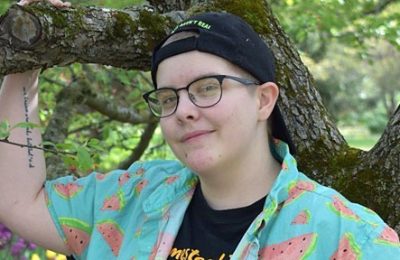 Over 14,000 Sign Petition Asking High School To Not Deadname Trans Student At Graduation 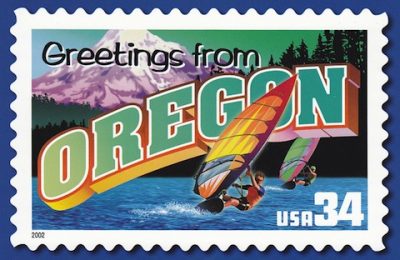