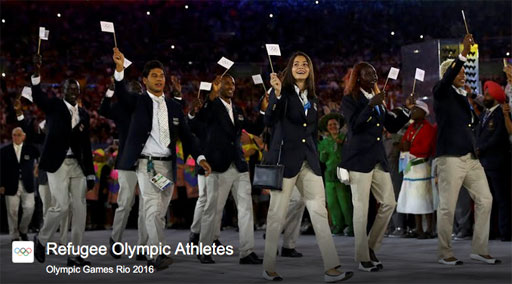 For the first time ever, a group of 10 refugees from 5 countries will compete at the Olympics under one flag as the “Refugee Olympic Team.”

The International Olympic Committee (IOC) selected the 10 athletes from more than 40 candidates based on sporting skill, verified refugee status, and personal background.

The teammates originally hail from four of the world’s most troubled hotspots: Syria, South Sudan, Ethiopia, and Democratic Republic of Congo. They were officially announced by the IOC’s Executive Board in June.

In Friday’s opening ceremony, they will march together under the Olympic flag.

Tonight, the first-ever #TeamRefugees will also stand before the world and prove that you can succeed no matter where you’re from.