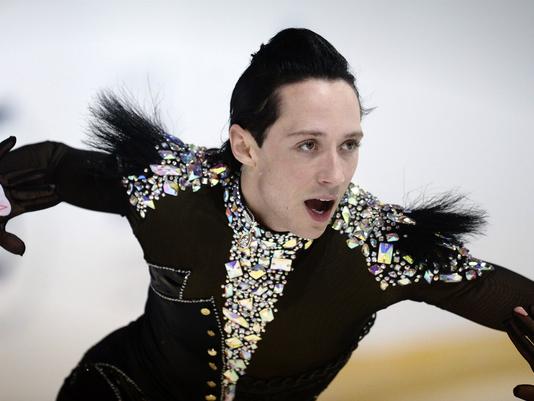 “The fact that Russia is arresting my people, and openly hating a minority and violating human rights all over the place is heartbreaking and a travesty of international proportions. I respect the LGBT community full heartedly, but I implore the world not to boycott the Olympic Games because of Russia’s stance on LGBT rights or lack thereof. I beg the gay athletes not to forget their missions and fight for a chance to dazzle the world.

“Olympics are history, and they do not represent their host, they represent the world entire. People make their own futures, and should a government or sponsor steal that future, whether it be a Russian government or American government, it is, as an athlete, the death and total demolition of a lifetime of work. Support the athletes. There isn’t a police officer or a government that, should I qualify, could keep me from competing at the Olympics.” – Olympic figure skater Johnny Weir