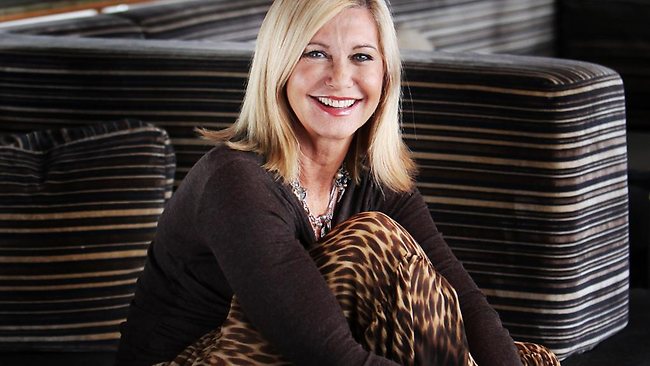 She plays the cocaine-snorting mother of the bride, Barbara, in the Australian comedy A Few Best Men.

“When I read the script I thought it was hysterical,” Newton-John said.

“She was a character, and I didn’t know quite how I was going to do that, go there (with drugs), but I thought it would be really a blast.

“Really the reason for me to do anything now is fun. Glee was fun, I did a movie in Canada that was a musical a year ago and that was fun, and this was hilarious. It’s a blast, I never thought I’d still be doing it.”

In the film, Xavier Samuel plays the English groom who flies in to marry his Blue Mountains bride. But his three best mates – and one celebrity sheep named Ramsy – are in the way with drunken shenanigans.

Newton-John will be hoping life doesn’t imitate art when her daughter Chloe Lattanzi gets married.

While a date is yet to be set for the nuptials, mum has already checked out her soon to be son-in-law’s options for best man.

“I’ve met his friends, they’re all nice blokes and they’re not coming from another country,” she said.
(source)