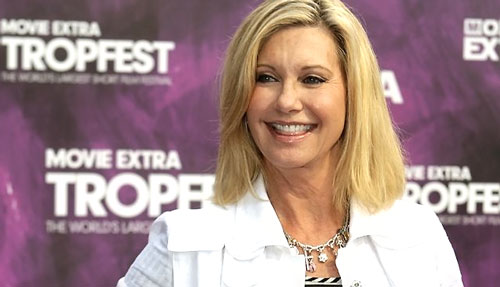 TROPFEST can be relied upon to pull at least one big international star and this year it was Olivia Newton-John, who created a stir, arriving on the arm of film director Stephan Elliott in Sydney on Sunday night.

Elliott is directing Olivia in his latest film, A Few Best Men.

“Animal Beatbox,” by Damon Gameau, featuring a trip down a river with different animals moving to the beat, was declared the winner of the 19th annual festival by judges, including actress and singer Olivia Newton-John and film director Bruce Beresford, at the Sunday event watched by 150,000 viewers nationwide.