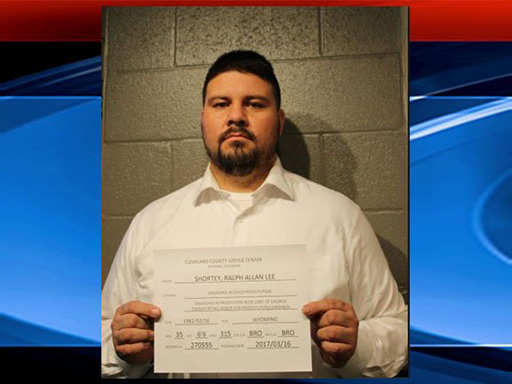 You may recall the sad tale of former Oklahoma state Sen. Ralph Shortey, who was found in a room at a Motel 6 with a 17-year-old boy on March 9, 2017.

Police found through text messages that Shortey had offered the teen cash in exchange for “sexual stuff.” When police entered the hotel room it reeked of marijuana, according to police reports.

In November of last year, Shortey, who was the Oklahoma state chair for Donald Trump’s presidential campaign, agreed to a guilty plea of child sex trafficking.

Text messages were found on Shortey’s phone between him and the underage teen that showed the boy needed money. Shortey apparently replied “I don’t really have any legitimate things I need help right now. Would you be interested in ‘sexual’ stuff?”

As part of the plea deal, prosecutors dropped three other charges of child pornography that had been filed against him.

Had he faced all of the charges brought against him in court he could have spent close to the rest of his life in prison.

Shortey was sentenced today to 15 years in prison plus 10 years of supervision upon release from prison.

Shortey was infamous for introducing strange legislation like banning human fetuses in food products (that happens?) and, of course, voting for every piece of anti-LGBTQ legislation put before him.

He had been married to his high school sweetheart since 2002. She filed for divorce, and it was granted this past April.