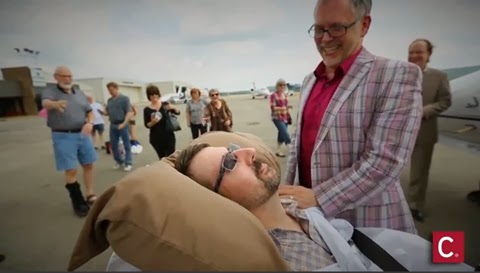 In a narrow but important ruling, a federal judge has issued a decision saying married same-sex couples in Ohio have a right to be designated as such on death certificates.

In his decision Monday, Judge Timothy Black orders state officials to recognize such unions on death certificates. Although his ruling applies narrowly, his statements about Ohio’s gay-marriage ban are sweeping and expected to incite further litigation challenging the law.

In his lengthy decision, the Cincinnati-based judge says that “once you get married lawfully in one state, another state cannot summarily take your marriage away.”

He says the U.S. Constitution recognizes the right to remain married as a fundamental liberty.

Black’s decision stems from a lawsuit filed in July by two gay Ohio men whose spouses recently died and wanted to be recognized on their death certificates as married.

So basically, if you’re a gay couple that’s married, Ohio has to recognize that once you’re dead.