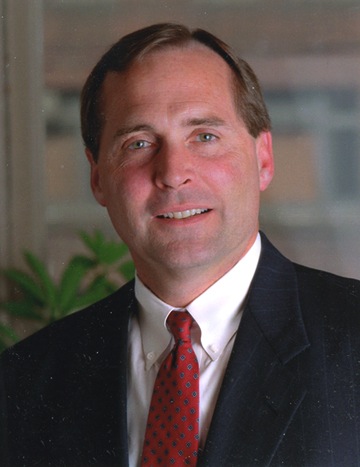 Jim Petro, former Attorney General for Ohio, said Monday that he supports an effort to overturn the state’s ban on same-sex marriage, contending the prohibition fosters intolerance and creates a roadblock to diversity.

The Ohio Republican says banning same-sex marriage sends a bad message to companies that might look to hire employees who could be LGBT:

Ohio’s economic well-being “will depend on its welcoming nature,” Petro said at a news conference with officials from FreedomOhio, the group collecting signatures to put the issue on the Nov. 2014 ballot. “More and more public officials will recognize the need for true equality.”

Petro said when he was asked to support gay marriage, he “quickly and without hesitation said ‘I’m all for it.’ ” He said he will be active in the 2014 campaign and hopes more Republicans join him

385,245 valid signatures of registered Ohio voters from at least 44 of 88 counties on a petition by July 3, 2014, to qualify for next year’s general election ballot.

Ohio passed it’s constitutional amendment, which limits marriage to one man and one woman, in 2004 by 62 percent of Ohio voters.