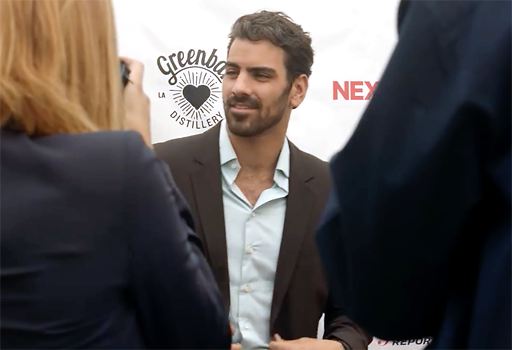 America’s Next Top Model/Dancing with the Stars champ Nyle DiMarco is one busy, busy man.

First of all, the former Chippendales celebrity host has booked a new TV series for the Sundance Channel titled, This Close.

According to reports, this will be Hollywood’s first series from a team of deaf writers, producers, and creators. Stars/co-creators Shoshannah Stern and Josh Feldman are deaf as well.

From Sundance: The six-episode half-hour series explores the relationship between best friends Kate (Stern), who is newly engaged, and Michael (Feldman), who is attempting to move on from his ex-fiancé.

ETonline also announced yesterday that DiMarco will be a producer on the upcoming Broadway revival of the play Children of a Lesser God.

The revival of the 1980 production follows the story of a deaf student and her teacher.

This new adaptation will feature Joshua Jackson and Lauren Ridloff.

The show will start preview performances on March 22 at Studio 54, with opening night on April 11.

Watch the trailer for This Close below.