JoeMyGod reports that the NYPD has closed the streets around the LGBT Community Center in the West Village as a massive crowd prepares to step off and march in honor of murdered gay man, Mark Carson.

City Council Speaker Christine Quinn and DOMA plaintiff Edie Windsor were spotted at the front of the march. 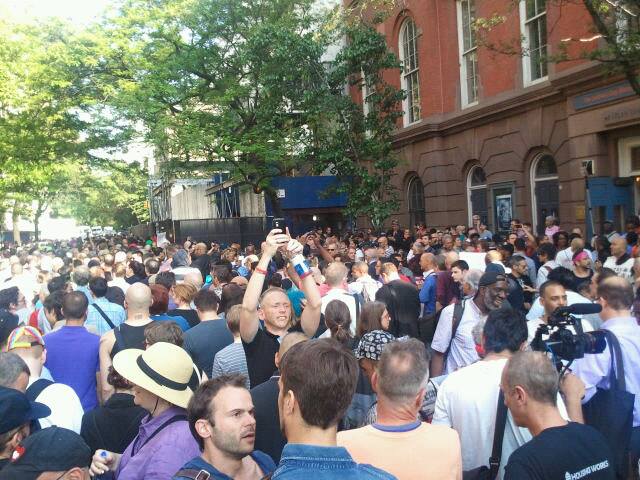 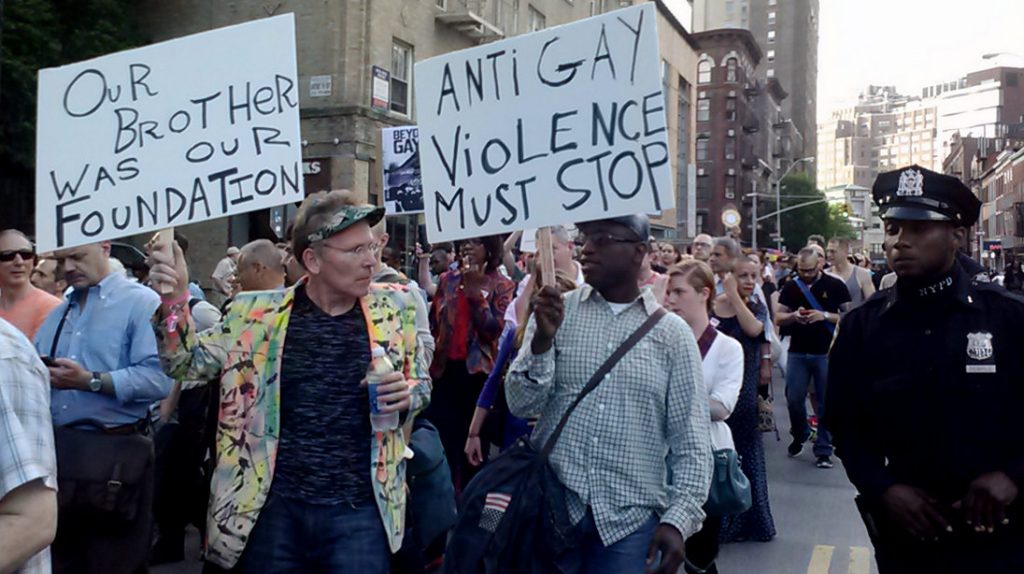