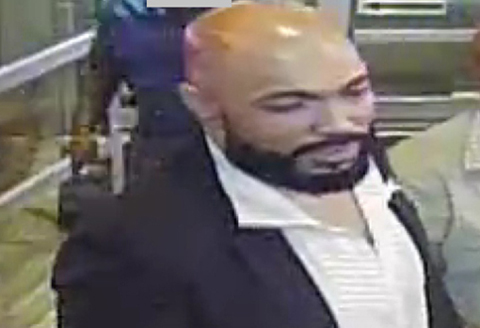 According to CBS New York, Banya El-Amin, wanted by police in connection with an assault in a Chelsea Dallas BBQ restaurant, has turned himself in.

Facing assault and attempted assault charges, he reportedly turned himself in accompanied by his lawyer.

Investigators say El-Amin is the man seen in cellphone video slamming a chair over the head of a Brooklyn man at the Chelsea BBQ at 261 Eighth Ave., at 23rd Street, in Chelsea back in May.

The incident happened around 11 p.m. Tuesday, May 5, during what was reported to be a Cinco de Mayo celebration.

Witness Isaam Sharef caught the attack on video and posted it to YouTube and Instagram. The video shows Jonathan Snipes being flung to the floor and kicked as others screamed, “Stop!”

After Snipes’ partner pulls him away, the attacker raises the wooden chair and slams it down on both men’s skulls. Snipes slumps in a chair, while the other man collapses to the floor.

Sharef told WCBS 880 that Snipes was the one who initially made the argument physical. But as the fight escalated, other patrons were heard yelling for the fight to stop — with some even trying to break it up.

“I was the victim. I was sitting at my table. With no provocation, he came up and hit me. There was no slur thrown at him,” Grant quoted El-Amin. “There was no interaction between us in a sense, except for what I said earlier when I said to them, ‘Hey, guys! There are ladies here.’ Then he came over to me and said, ‘And YOU calling us ladies.’ Then, POW!”

According to reports, El-Amin has quite the lengthy rap sheet.

In the video below, you can see the two men walking away from El-Amin when he bashes them (in a punk move I’d say) from behind.