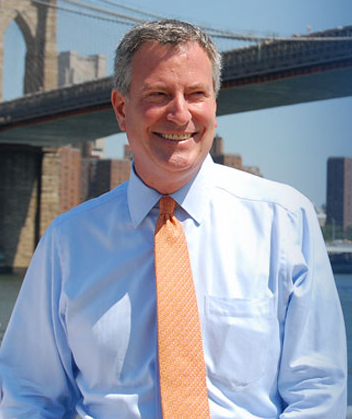 From the NY Times: A new survey from Quinnipiac University finds that 43 percent of likely Democratic voters plan to support Mr. de Blasio, the public advocate, in the Sept. 10 primary.

William C. Thompson Jr., who captured the Democratic nomination in 2009 but lost the general election that year to Mayor Michael R. Bloomberg, was supported by 20 percent of likely Democratic voters. Christine C. Quinn, the City Council speaker, who had been the front-runner for most of the campaign, now has the support of 18 percent.

A runoff will be held, on Oct. 1, only if none of the nine Democrats on the ballot receives 40 percent of the vote.