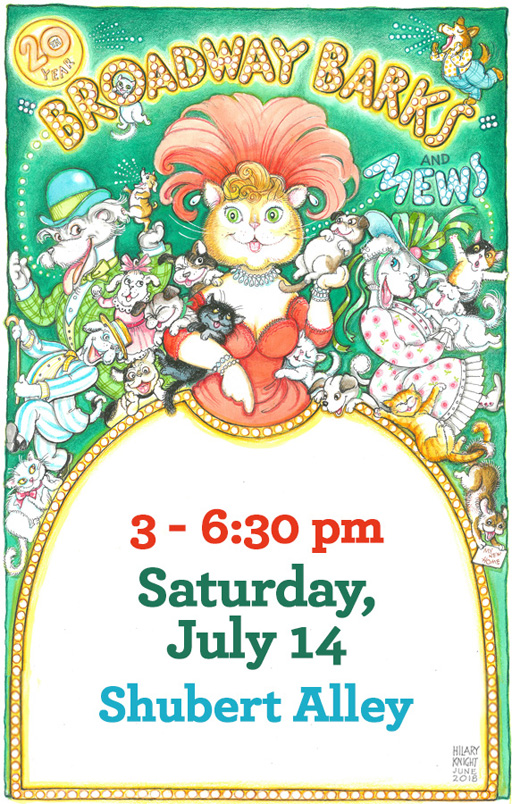 Broadway Barks co-founder and Broadway legend Bernadette Peters will be joined by her Hello, Dolly! co-star Victor Garber as hosts of the event.

Since the first Broadway Barks, more than 2,000 cats and dogs have been adopted thanks to a bit of help from their famous Broadway pals. Approximately 85% of these furry friends have successfully found forever homes.

The event is free. Funds raised from a raffle, silent auction, signed memorabilia sales and donations are distributed to the participating shelters and rescue groups.

Broadway Barks was started in 1998 by Peters and her best friend, acclaimed actress Mary Tyler Moore, who passed away in 2017.