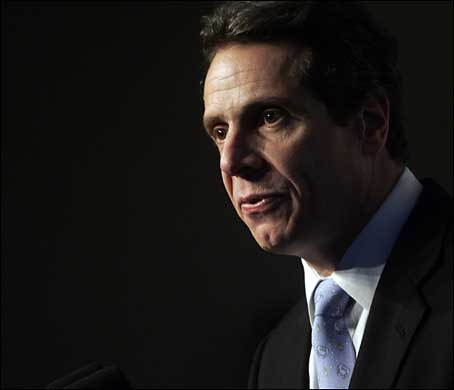 UPDATE: Senator Roy McDonald, R-Saratoga, told the Times Union Tuesday that he will back a bill legalizing same-sex marriage. He becomes the 31st senator to proclaim his public support for the bill. The bill needs 32 votes to pass the Senate. Yesterday, Sen. Alesi became the first GOP state senator to announce that he’ll vote for the marriage bill.

“I’m trying to do the right thing,” McDonald said. “Rather than wait I worked with the governor…I’m not out to alienate anybody. This is driven by compassion.”

“It’s my own evolution,” he said. “I think there’s going to be a vote on Friday.”

The bill contains a religious exemption clause which may convince the vote of GOP Senator Greg Ball, who has said his vote hinges on that language:

“The bill also guarantees that religious institutions and benevolent organizations such as the Knights of Columbus remain free to choose who may use their facilities for marriage ceremonies and celebrations or to whom they provide religious services, consistent with their religious principles.”

In the past, Gov. Cuomo has said he would not submit the marriage equality bill unless it had the votes to pass.

If you live in NY state, please contact your NY Senator. Find their contact info using this link:
http://www.nysenate.gov/senators