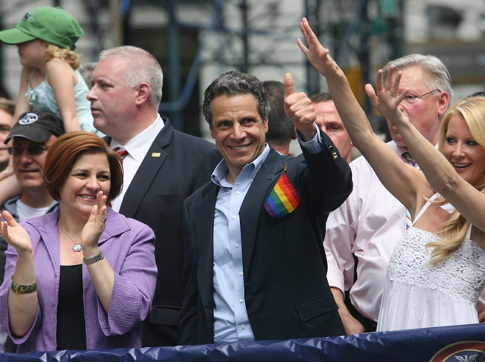 Now THIS is what a “fierce advocate” looks like.

Just in case a certain President is taking notes…

Via the New York Daily News: As the gay pride parade marched through the streets of New York City on Sunday, participants cheered the governor with signs bellowing “Thank you, Governor Cuomo.”

Half a million people were expected to take to the streets.

The Marriage Equality Act was passed in the state Senate on Friday evening, and signed into law by Cuomo at 11:55 p.m. ET, less than 2 hours after the vote. The law takes effect in 30 days.