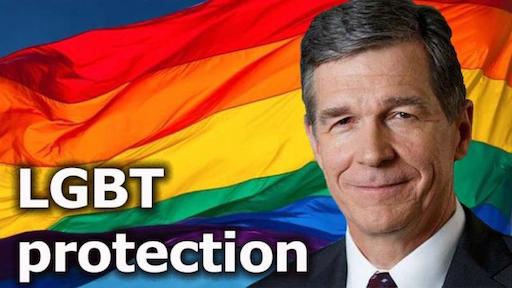 North Carolina Governor Roy Cooper has signed an executive order that prohibits any state agency, or contractors who do business with the state, to discriminate against LGBTs.

The executive order adds sexual orientation and gender identity to the state’s list of protected classes at least in terms of state agencies or those who do business with the state.

Cooper told the media, “By requiring companies that contract with the state to have non-discrimination policies, the state can promote protections for more North Carolinians outside of state government.”

Cooper is also proposing a settlement in the lawsuit challenging House Bill 2 and House Bill 142, the so-called bathroom bill and it’s repeal legislation.

The proposal would allow transgender citizens use of public restrooms and other facilities that match their gender identity.

A federal judge still has to sign off on that settlement.