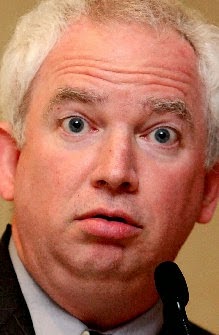 Via press release, NOM chairman John Eastman says the Washington DC based organization will appeal to the Ninth Circuit Court of Appeals to intervene in the recent Oregon ruling on same-sex marriage.

“We are disappointed in the ruling today denying the National Organization for Marriage the ability to intervene in this case.

“We believe that our members in the state and the people of Oregon are entitled to a vigorous defense of the marriage amendment adopted overwhelmingly by Oregon voters.

“We disagree with the Judge’s finding that our motion was untimely. Although her unwillingness to defend Oregon’s law has been known for some time, the state Attorney General made clear only in April that she would not appeal a ruling invalidating the marriage amendment.

Remember kids – all these folks talk about “state’s rights.” So why is a Washington DC based organization interfering in an Oregon lawsuit?

Things that make you go hmm…