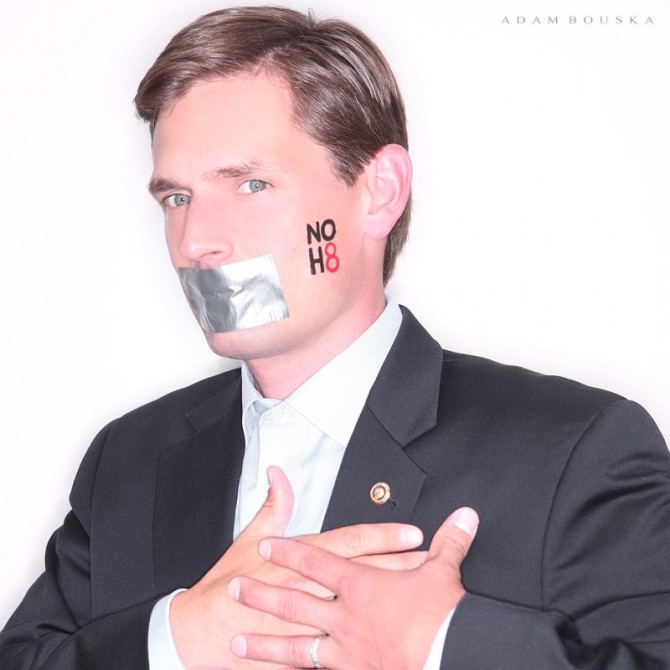 New Mexico Senator Martin Heinrich, who opposed marriage
equality when he ran for the U.S. House of Representatives in 2008, has
become the first senator to pose for the inescapable NOH8 campaign,
the photographic silent protest created by photographer Adam Bouska and
partner Jeff Parshley as a response to California’s discriminatory
Proposition 8.

“I am proud to be the first U.S. Senator to participate in the NOH8
campaign. Gay and lesbian couples who accept the responsibility of
marriage should have all the rights that come with that responsibility.
The time for marriage equality is now.”

Sen. Richard Blumenthal of Connecticut became the
second senator to participate and Florida Congresswoman Ileana
Ros-Lehtinen (below) became the first, and so far only,
Republican politician to pose.

“Our nation is based on the principle of equality. That is what this is all about,” said Rep. Ros-Lehtinen. 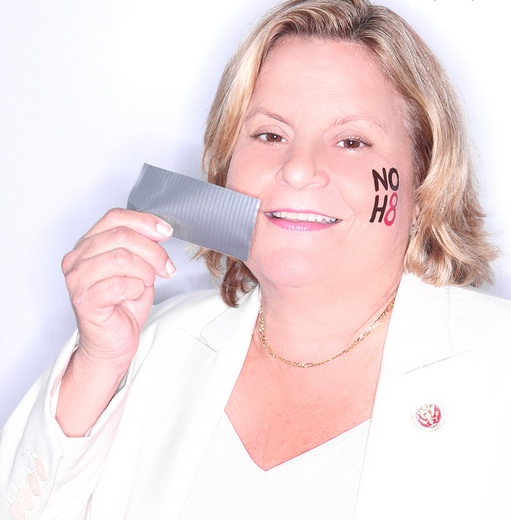