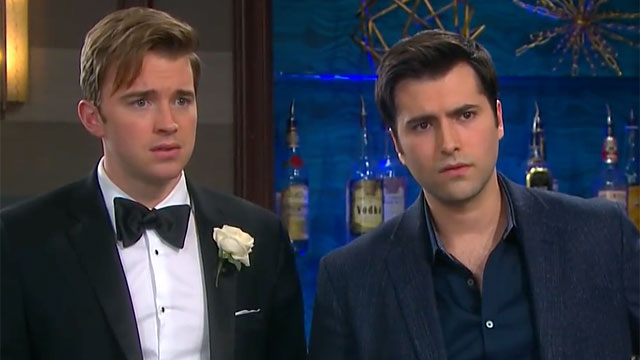 After years of playing Salem’s resident on-again/off-again gay couple on Days of Our Lives, actors Freddie Smith and Chandler Massey have been informed their contracts were not renewed for the long-running daytime drama.

Breaking the news on his Twitter account, Smith (who plays Sonny Kirakis on the series) wrote, “Days of Our Lives releases Freddie Smith and Chandler Massey from contracts. I will miss Salem so much!!”

“Thank you all for the incredible love and support throughout the years,” he added. “I really feel we told a love story that will live on forever.”

Massey (who plays Will Horton) followed that up with his own tweet writing, “Wish it weren’t coming to an end, but I will be forever grateful to everyone who went on this journey with us.”

Wish it weren’t coming to an end, but I will be forever grateful to everyone who went on this journey with us. https://t.co/Wv0ZfQwFGo

The tweet linked to a YouTube video where Smith shared with fans that he and Massey may be done shooting Days episodes as early as this week.

Without giving up any details as to how the couple departs the show, Smith shares the viewing audience won’t be saying goodbye to Will and Sonny (affectionately known as ‘WilSon’ to fans) until September 18, 2020, due to the show shooting episodes six months in advance.

Smith adds that the decision “was not our choice,” and that he and Massey were looking forward to staying on and keeping their storyline going.

But it appeared to Smith as though the writing was on the wall. “As the scripts started coming in, I was like, ‘This doesn’t look good. This doesn’t look like we’re going to get re-signed to a contract.’”

Still, Smith acknowledges the history that the show and ‘WilSon’ made.

“In 2011, for Days of Our Lives, hats off for taking that risk, telling that love story, and I’m just really happy to be a part of it.”

Over nine years and around 900 episodes, Smith says “We’ve done something special.” 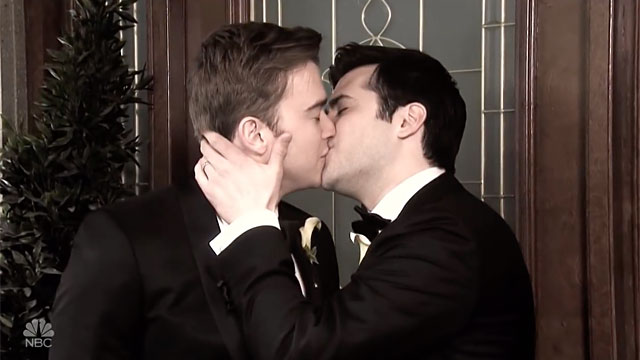 Special indeed when you consider the couple exchanged vows in the first male-male wedding in US daytime drama history.

Additionally, Massey won the Daytime Emmy three years in a row (2012, 2013, 2014) for ‘Outstanding Younger Actor in a Drama Series’ marking the first time a gay character was recognized in that category. In 2015, Smith took home the same trophy.

TVLine reports Days released the entire cast from their contracts last fall in a belt-tightening decision as the producers waiting to see if the show would be renewed for its 56th season. Once the renewal was announced, the series began negotiating contracts with some (not all) of the show’s players.

In announcing the news online, TVGuide.com called the gay couple “the heart and soul of the long-running soap.”

You can watch Freddie Smith share his thoughts in the video below.