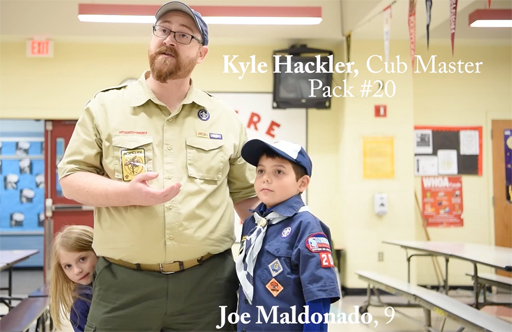 One week after the Boy Scouts of America announced the organization would now accept transgender boys to be scouts, 9 year old Joe Maldonado put on his Cub Scout uniform and joined Pack 20 in Maplewood, NJ.

Scouting’s decision to change its longtime policy came about a month after The Record reported that Joe had been thrown out of a Cub Scout pack in Secaucus last year because he was born a girl. The decision was at least in part a response to the national debate generated by that story.

“This is fun; I’m so proud,” Joe, 9, said during the meeting. He said that the best part of the night was that “I am accepted, and I’m actually in Boy Scouts.”

The leader of Joe’s new Scouting pack, which serves Maplewood and South Orange, said after the meeting that Joe’s presence was “historic” because he had become Scouting’s first openly transgender member. He praised Joe for showing “an immense amount of courage.”

Kyle Hackler, the leader of his new pack, helped him put on his uniform and kerchief, and taught him the Cub Scout salute and oath. The meeting was held at the Clinton Elementary school in Maplewood.

“This means you’re the same as Scouts all over the world,” Hackler said to Joe.

Watch Joe’s happy face as he wears his Cub Scout uniform for the first time here. 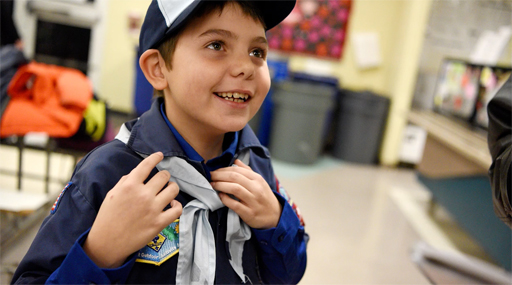