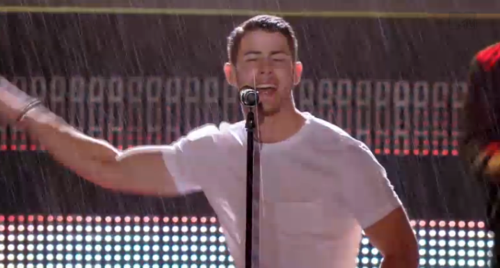 Nick Jonas got wet and wild last night in Miami during the 2014 MTV European Music Awards.

According to MTV, “not only did the 22-year-old solo artist nail his “Jealous” performance, but he sealed the deal by ripping off his black jacket to soak up some of the downpour, turning his EMA moment into a one-man wet t-shirt contest.”