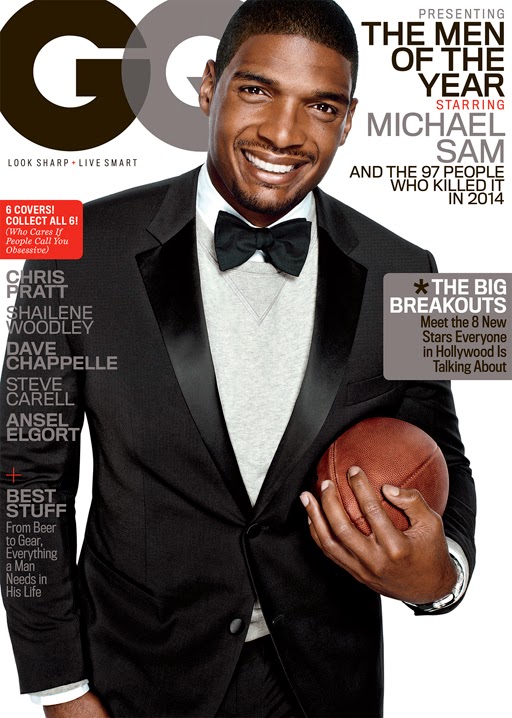 “But the recruiters knew, and reporters knew, and they talked to each other, and it got out. If I didn’t have the year I did, nobody would have cared.

“But I have no regrets. Some people can argue that I had the potential to go higher in the draft. But I think everything happens for a reason.

“It looks good to see me in the position I’m in now, because I can show the world how good I am and rise up the ranks. I’m at the bottom now. I can rise up, show I’m a football player. Not anything else. Just a football player.”

Read the full interview at GQ.

Who knows what’s next for Michael Sam, but I still believe in this guy. He was and is the right guy at the right time.