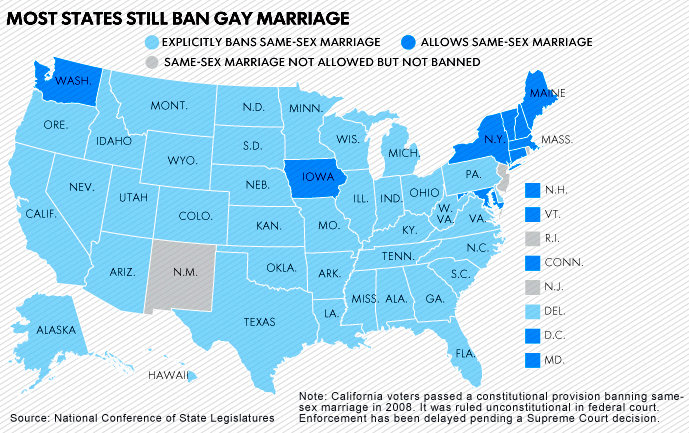 The Associated Press gives us a run down on what appear to be the next states in play for marriage equality:

New Jersey: The Democratic-led legislature is expected to attempt to override Republican Gov. Chris Christie’s veto of gay marriage legislation a year ago. But there aren’t enough Democrats to guarantee an override, and Christie has suggested putting the question before voters.

Oregon: Gay marriage advocates hope to place a proposed constitutional amendment on the 2014 ballot that would reverse a ban on gay marriage passed by voters in 2004. The effort has the support of Gov. John Kitzhaber.

Minnesota: Hundreds of gay marriage supporters gathered at the state Capitol this month to urge lawmakers to vote for gay marriage. Legislation has cleared committees in both the House and Senate.