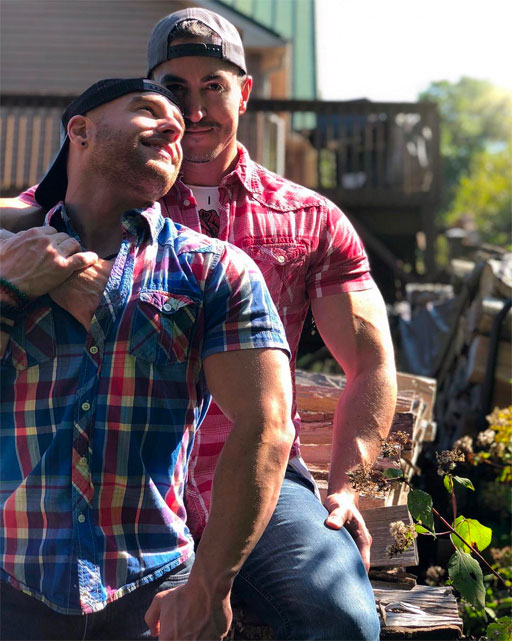 • InstaHunks Rick and the Griffopotamus did some weekend role-playing as ‘mountain men’ in a cabin in North Carolina. #NotYourDaddysDeliverance

• Tony Award winner Billy Porter, Emmy/Golden Globe-winner Mary-Louise Parker, and Emmy-winner Michael Emerson will head up a benefit reading of The Laramie Project on Monday, September 24, in NYC in honor of the 20th anniversary of the play that explored the murder of Matthew Shepard.

• Earlier this week, I reported that DC comics had launched a more “mature” version of Batman which included ‘full-frontal’ bat-nudity. Well, DC has now reversed course on that decision saying there will be no more private bat-junk on display in future issues.

• A lesbian couple was verbally attacked while staying the Clifton Mount Hotel by other guests. Their complaints to management resulted in the homophobic owner telling them, “Your not fit enough to stay in a hotel people like you should be put in a cage with the rest of the wild animals.” #HomophobiaLives

• A California stripper is facing serious jail time after stabbing his 50-year-old roommate. Geoffrey Tracy claims he was “creeped out” by the roommate “making moves on him.” Mind you, the muscle-bound Tracy was in NYC to dance at a strip club, so…