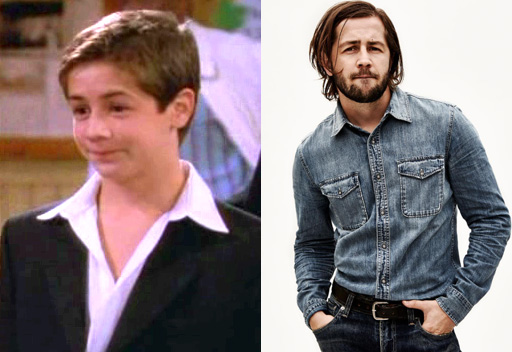 • Check out grown up Michael Angarano (above) who played Sean Hayes’ son “Elliott” on Will & Grace during the show’s initial run. Like other W&G alumni like Bobby Cannavale, Minnie Driver and Harry Connick Jr., Angarano will return for an appearance during the show’s revival.

• Admiral Mike Mullen, former head of the Joint Chiefs of Staff, has filed a Declaration in support of transgender military servicemembers.

• Why did Health and Human Services Secretary Tom Price spend $60,000 of taxpayer money on five private jet flights over three days when his predecessors flew commercial airlines back in their day?

I personally do not believe that same sex marriage should come down to a vote. I believe it’s a HUMAN RIGHT to be able to marry the person you love regardless of gender. To all the Australians that care about equality and human rights please say YES to same sex marriage. Let’s not be silly about this. Vote YES for same sex marriage in Australia.
A post shared by Liam Hemsworth (@liamhemsworth) on Sep 19, 2017 at 10:12am PDT

• Five football players from a Christian-focused college in Illinois face felony charges after attacking a freshman and attempting to sodomize him.

• The ACLU has filed a lawsuit against the state of Michigan over a law that allows publicly funded adoption and foster care agencies to discriminate against LGBT folks over “religious beliefs.”

• The Late Show host Stephen Colbert, while chatting with Hillary Clinton about her new memoir What Happened, presented the former Democratic presidential candidate with a packet of “victory jokes” he never got to use on election night that included a Katy Perry video and naked male butts. Watch below.